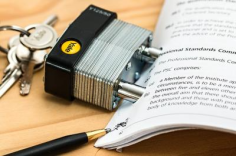 The judgment declared the extintion of the mortgage

In 2006, a company acquired 4 apartments in a real estate complex paying the entire sale to the developer, who had previously requested a developer loan from the bank. The mortgage liability had been distributed among all units of the complex and the charge would be partially cancelled at the time of granting every Sale Deed. In the Deed of Sale of the 4 apartments, the notary stated that the mortgage charge in each of them had been economically cancelled, pending of cancellation at the Land Registry to which the developer committed to.

The developer had obviously informed the bank that the charges on these apartments had to be notarized to be taken to the registry later. For various reasons, the bank did not cancel the charge at the registry. In 2010 the bank sued a foreclosing proceeding against the developer for non-payment of the mortgage loan, against the properties that the developer had not yet sold and even against the 4 aforementioned properties (remember that the mortgage charge still weighed on them). The bank adjudicated the immovables at auction. The company urged a nullity of proceedings in the mortgage procedure but was dismissed.