IRPH INDEX COULD BE DECARED ABUSIVE 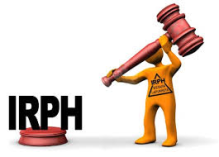 The IRPH could be considered abusive

The Advocate General of the Court of Justice of the European Union (European Court) has opened the door for judges to declare the mortgages referred to IRPH abusive and, if so, that clients can be compensated for that. The final decision of European Court would affect thousands of mortgage loans.

It is one of the indexes (like Euribor) to which the loans granted for the purchase of properties are referred. It is an official index prepared monthly by the Bank of Spain, applicable according to its publication in the Official Bulletin (BOE), as well as other indexes such as the Euribor.

How is it calculated?

IRPH is calculated based on an average of three-year loans granted by banks (and financial companies). It was created by a 1994 Ministry Order. It was widely used in the period between 2005 and 2009, coinciding with the boom in the real estate market and seemed unstoppable on the rise.

When the financial breakdown blasted the real estate market, the Euribor began to fall, the IRPH remained stable, causing users that had hired it to pay higher fees than those who had variable loans with reference to the other index. Today the Euribor is at its historic minimum level, meanwhile the IRPH is still high.

The consumers´ associations claimed that the entities did not explain clearly enough the risks and consequently the said index could be declared abusive and revoked by Courts. The European Court should rule in this respect after a consultation made by a Barcelona Court.

In 2017 the Spanish Supreme Court validated the clause, arguing that it was an official and easily known index for a "normally informed and reasonably attentive and perceptive client”. The Supreme Court then ruled in favour of the banks in a claim sued by a client that requested the nullity of the IRPH. The question now is whether this index matches with European transparency directives.

What should European Court clarify?

The European Court must clarify whether the IRPH is exempt from transparency control or not and also how would the mortgages be if the judgment is granted in favour of the client –i.e.: if the IRPH must be replaced by the Euribor-

In addition if the bank has to refund the overcharged money retroactively (from the beginning of the loan) of from the date of the judgment. This point would clearly affect the Spanish banking system. The impact for banks could be up to 44,000 million in the most extreme case, which would include also operations already completed.

The report of the Advocate General of the Court of Justice is not binding, but in most cases the judgment of the judges usually follows the direction set by the said lawyer. It is supposed to have an answer in March-April next year.