AGAIN WITH THE FLOOR CLAUSES 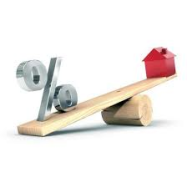 In a previous blog we made clear that we were waiting for the resolution of the European Court of Justice in relation to the retroactivity of the floor clauses. This blog was partially closed in May 2016 pending of the judgment whose publication took place on December 21, 2016 and echoed by all the media. This column summarized the background to what the floor clause is. I even recommend reading the article by Manuel Llamas in Libre Mercado: "In Favour of the Floor Clauses, Against the Judicial Populism", thus we can contrast the different opinions against and favour of the mentioned clause.

THE SUPREME COURT JUDGMENT OF 9TH MAY 2013

There are several rulings that have declared the nullity of floor clauses, including the one of the Supreme Court of May 9, 2013. However, in February 2015, in a new judgment, the aforementioned court ruled that the convicted banks should only return what was collected retroactively from the date of its first resolution, that is to say, from May 9, 2013. In short, the limit of retroactivity was that date, and could not be extended further. Other sentences of the Provincial High Courts, ignoring the Supreme Court ruling, decided that the nullity should be applied from the beginning (that is, going back beyond May 9, 2013).