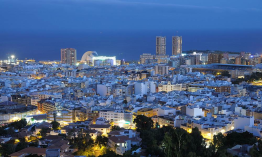 The Supreme Court of Justice of Canary Island (Tribunal Superior de Justicia de Canarias or TSJC) has nullified four provisions of the Decree 113/2015 that regulates the Holiday Rental Agreements. Among them the articles that prohibits the provision of accommodation services with tourist purposes in dwellings located in touristic areas in touristic or mixed (residential –tourist) use plots. The TSJC partially estimated the appeals of the claims enacted by the Spanish Federation of Housing for Tourist Uses and the National Committee for Markets and Competition. The judgment nullified many articles of the Canarian Decree 113/2015 for subordinating the delivery of documentation for the beginning of the activity to the registration in a Registry.

With regard to the exclusion of holiday accommodation for tourist purposes the lawyer of the Canarian Government said that in tourist soil cannot exist holiday dwellings but the TSJC, on the contrary, stated that this is a “fallacy” since tourist areas are settled on places in which residential uses may have been previously implemented.  Adding that "The aspiration of uses according to areas that try to promote the different laws in tourist matters is nothing more than an aspiration, but it is far from being a reality", considering "inconsistent" that "city hotels must be located in cities or that rural tourism in the countryside". According to the court, the Canary Islands Tourism Law does not authorize the regulation to establish a form of tourist accommodation that can only be performed outside tourist areas.

Excluding the offer of holiday homes in tourist areas or mixed areas where tourist usese are perdominantly located “lacks legal coverage” within the Tourism Law and the Regulation clearly contravene the freedom of business and the provision of services limiting the tourist offer without efficient justification. “The only plausible explanation for this cut-off is that was made to favor the offer of traditional tourist accommodation products mostly implemented in these tourist areas, thereby violating free competition in the provision of services”, said the Canarian Supreme Court of Justice, who also considers that the “Statement Responsible” granted by the owner, enables him to start the activity from the day of its presentation at the Tourist Registry of the Autonomous Community, without waiting 15 days since such presentation as stated in the Decree.

The judgment did not nullify the whole Decree but only part of it.  This is articles 3.2, 12.1 and 13.3 concerning the subordination of the delivery of documentation for the beginning of the activity to the registration and Subsection 3 of Section IV of Annex 2. The TSJC is still pending of ruling in relation to another four claims presented.