MARRIED AND NON MARRIED COUPLES IN THE EU 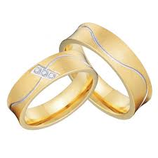 In March 2016 a draft agreement for a Council decision concerning the law applicable to property regimes marriages and domestic couples (registered) in situations involving Extra-national rules was adopted within the EU. That is, in the case of couples composed by nationals of different Member States who have property in another Member State, for example in the case of a couple formed by a Spanish national and a British one, resident in Italy and having assets in France.  These rules are created to clarify the applicable rules and to make more beneficial for citizens the interpretation of the rules of conflict in these cases. All this, because the internal rules of one Member State differ from other Member States’ internal rules.

The proposal, once formally adopted, pretends to clarify what legislation would be applicable to the couple in cases of death, divorce, separation, or just to deal with those assets. In the case of several laws involved, to determine what rules would be applicable to the case. On the other hand, it is intended to make easier the recognition and enforcement in a Member State of a judgment (judgment, auto) concerning property issues given in another Member State.  Accordingly, it is intended to end up with many contradictions between the various internal rules of each member country with regard to the property regime of a couple of mixed nationalities. In the above example, it would be easier to determine if the applicable law to the property regime of the couple would be the Spanish one, the British one or French one, subject to the formalities that must be fulfilled in the State of location of the property. This is supposed to help many couples in the process of separation or divorce or succession mortis causa in which case it is currently difficult to determine not only the law but also the competent jurisdiction. In our example, the couple can previously provide or choose the law of residence (Italy) or their national law (Spain and the United Kingdom) or the law of the situation of the property (France).

Member States retain the power to regulate marriage and domestic couple law. This is, the countries participating in the proposal are not obliged to recognize registered partnership if its law does not recognize or assume jurisdiction over them.