STAMP DUTY IN MORTGAGE DEED TO BE PAID BY THE CUSTOMER 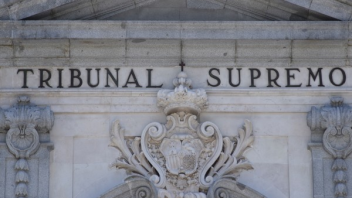 I started to write this column after the Supreme Court judgment of 16th October 2018 which ruled that the bank was responsible for the Stamp Duty in Mortgage Deeds. I postponed this column for the reasons to be explained in this article.

The Stamp Duty (AJD) represents the highest amount on Mortgage Deed expenses and, until now, the banks refused to assume those expenses. For example, in an average mortgage of 150,000 euros the set of expenses could be approximately 5,000 euros, including administrative costs, Land Registry and notary fees and Stamp Duty. AJD is the most relevant one (ranging from 1% to 2% of the amount depending on the Autonomous Community). This calculation leaves out the survey, which no entity is covering. The customer can choose an external valuation.

The judgment of the Supreme Court of 16 October 2018

The judgment of the Supreme Court (Contentious-Administrative Chamber) of 16th October 2018 had important consequences. The first one is that it accepts that either a company or a self-employed person who has constituted a mortgage for professional reasons can claim the constitution expenses. Until now, only the individual consumer (not entrepreneur or professional) could do it.

Another consequence is that the ruling determines that the taxpayer will be the mortgagor not the mortgagee, which resolves contradictory sentences in this regard. With this last one it is clear that the bank is responsible for these expenses.

One day later, the Supreme Court suspended the effects of such judgment in order to review it and take a decision by the plenary session of the Contentious-Administrative Chamber formed by more than 30 judges. The decision was postponed to the 5th November 2018 (and later postponed to the 6th November 2018). The plenary of the Chamber finally ruled that the Stamp  Duty is to be paid by the customer/mortgagee (not the bank as said by the judgment of 18th October).

In order to understand what happened (there is a big confusion on the media in relation to this topic), the Supreme Court has many Chambers. Chamber 3 sits on contentious-administrative matters. Within Chamber 3, Section 2 deals with taxation matters, and that is why this Section took the decision on 18th October. Due to contradictory judgments (some said the bank was liable, some others the client) and due to the wide repercussion of the matter, the Chamber 3 decided to join in plenary (all the Sections of the Chamber) to finally rule and fix a doctrine.

This means that, from now on, the Supreme Court will filter those claims asking for payment of Stamp Duty by the bank.

The Royal Decree of the Government

On 9th November 2018 the Government dictated a Royal-Decree modifying the Law of Stamp Duty stating that the banks (mortgagor) would be the taxpayers. This Royal-Decree should be also amended again as the Government forgot to include saving banks in it. The problem now is that a Royal Decree cannot modify a Law, as the Law is a rule hierarchically superior. Only in cases of “extraordinary and urgent need” and “without affecting the basic institutions of the State or the rights, duties and liberties of citizens”.

Although the Government considers that this is a case of “extraordinary and urgent matter” it is clear that this regulation affects the “rights and liberties of citizens” (it is modifying the taxpayer and saying who pays the tax). Consequently, the Royal Decree could be in breach of the Spanish Constitution and annulled by the Constitutional Court.

The banks have been assuming in their mortgages the expenses imposed by the judges (after the different judgments of the Supreme Court). But they refused to take charge of those judgments that do not attribute them such charges. They normally accept the costs of management, registration and part of notary expenses. Although not all banks accept them, some simply share them with the client.

In what bank has been unanimous is to reject expenses related to taxes (Stamp Duty). No bank assumed them in their loans. We have to see what happens in the future, as may be the banks will attack the Royal Decree for being in breach with Law.