DID THE CONSTITUTIONAL COURT NULLIFY ALL THE JUDICIAL RATES? 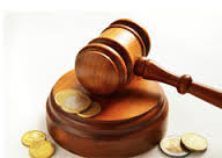 On 29th July 2016 became public the judgment of the TC (STC 140/2016) which resolved the appeal against the "Law 10/2012 amending certain rates are regulated in the field of Administration of Justice and the National Institute of toxicology and Forensic Science"declaring the unconstitutionality and invalidity of the rates set for both access to the Courts as to the application for considering that the amounts were disproportionate and violated the right to the effective judicial protection under Article 24.1 of the Spanish Constitution.