UNDERSTANDING THE LAW is a column published in Canarian Weekly (Tenerife newspaper) every two weeks. The articles are addressed to English spoken readers to facilitate them to understand Spanish law system. Some of these articles have been hosted in the web page of CW.

LETTING AGREEMENTS – LETTER OF A READER

One of our readers has sent a letter with few questions:

I am looking for some clarification on the legalities surrounding the letting of apartments.

I have a two bedroom apartment and I’m thinking of letting it out on either a holiday or long term basis.

My concerns are what happens if I use a third party to look after my dealings.

What legal requirements should I look for from a company? What happens if they don’t pay me? What bank statements do I get to know they are banking the deposits or rent correctly?

What happens if there is a dispute with furnishings after a tenant leaves? 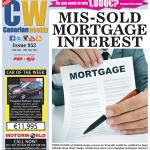 Canarian Weekly front page of 13th May 2016 took notes from our blog.

THOUSANDS of British home-owners in Tenerife could be entitled to huge refunds from their banks, which have been over-charging mortgage interest for years.

The banks’ method is not illegal. Yet! But it could be deemed so on 12th July, when the European Court of Justice (ECJ) convenes to make its preliminary conclusions on the controversial Clausula Suelo (floor clause) mortgage – a collaborative scheme involving several banks, which blocks interest rates from falling below a certain price...

Canarian Weekly lawyer Mariano Zunino, who has been tracking this astonishing story from the start, and has dealt successfully with many judicial cases involving “abusive clauses”, says: “It is all about this ruling from the European Court.

“The decision will affect, firstly, those processes still pending, as the European Court judgement will be binding for domestic judges, who will then rule according to the decision.

“Secondly, it will be necessary to reconsider the cases with ‘final judgements’ and, I understand, they could be subject to a ‘revision appeal’.

“As a matter of fact, in April 2016, the Supreme Court decided to suspend the proceeding of an appeal enacted by a bank regarding the ‘floor clause’ until the European Court’s final verdict.”

The lawyer added: “We have to wait until the ECJ decision, of course, and how it will hit the Spanish banks, who could be forced to refund up to 7.6 billion euros.” 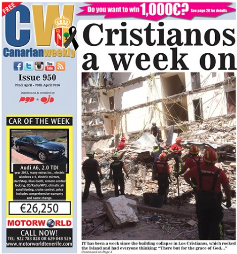 LETTER OF A BRITISH READER

One of our Canarian Weekly readers sent a query to our editor:

“Dear Sir: The upcoming British referendum on whether to stay in the EU or leave has created a lot of debate among my friends.

There is one thing that makes no sense to us that live here.

What is the law when it comes to being charged with a crime? Does Spanish law trump European Law as I have heard horror stories that some people can be detained for years without seeing a judge or facing charges.

Surely this cannot be right under EU law. Many thanks.”

The query has two parts: one is referred to the supremacy of European Law and another one the possibility under Spanish law (irrespective of the application of European Law) to be detained for an indeterminate time without seeing a judge or without the right to a fair trial in reasonable time.

In relation to the question, about “people detained for years without seeing a judge or facing charges” this is not possible according to Spanish Law. Article 17 of Spanish Constitution states that preventive detention may not last longer than is strictly necessary to carry out the investigations aimed at clarifying the facts and, in any case, within a maximum of 72 hours the detainee must be released of available to the judge.

The provisional prison is regulated in the Criminal Proceeding Act. It will be dictated by the judge “when it is objectively necessary, in accordance with the provision of the following items, and when other less restrictive measures for the right of freedom does not exist” (article 502).  Article 503 mentions the circumstances or elements to set it out, i.e.: possibility of existence of a crime, criminal records, avoid occultation of evidences, flight risks. The pre-trial prison will continue to achieve any of the purposes specified in article 503 and henceforth as the reasons justifying its adoption time. Depending on the circumstances the duration of provisional prison may not exceed one year, two years or even six months (to be extended by the judge under reasonable reasons).

We have to bear in mind that the period of investigation in Spanish law cannot exceed 6 months (or 18 months in complex matters), according to the amendment of Criminal Proceedings Law in vigour since December 2015. Once the investigation period is finished the case is dismissed or the second part (trial) is opened. See below European Court of Human Rights.

In addition, Spain is part of the European Convention of Human Rights whose article 6 provides a detailed right to a fair trial, including the right to a public hearing before an independent and impartial Court within reasonable time, the presumption of innocence and other minimum rights for those charged with a criminal offence (adequate time to prepare the defence, access to a lawyer to represent them in Court, right to free legal assistance and interpreter. Many of the violations of this rule by member states makes the European Court of Human Rights (Strasbourg, France) to sit in cases based on “excessive delay” in the “reasonable time” requirement in civil and criminal proceedings before national Courts.

The question is the determination of the right to an examination of the case in a reasonable period of time. According to the European Court of Human Rights “the idea of reasonable term is an idea that has been being defined and that assumes different dimensions concerning the character of a process” (civil, criminal).

In criminal process, it is understood that the process ends up with a definite decision about the accusation, being the sentence or resolution filing the case.
That way, according to the ECHR the most important criteria to evaluate the reasonability of the period in its claims are: “the process complexity; the behaviour of national authorities; the behaviour of the applicant himself; what the applicant demands”.

I hope I have clarified, at least partially, the question of the reader.