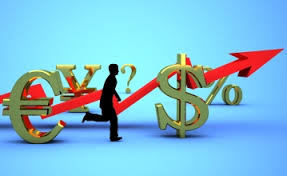 The bank must explain the complexity of the financial product

A recent Supreme Court judgment 22 December 2015 stated that both banking and consumer rules indicate that it must be the financial entity who bears the obligation to clearly explain the financial products it sells and that information must be clear, accurate and complete.

The lawsuit was dismissed at first instance and confirmed by the High Court on appeal. Overall, both judgments ruled that the claimant had not established that the bank had not clearly explained the contents of the purchased product. The Supreme Court, however, construed that the financial institution borne the burden of proving that such contracts had been clear, precise and sufficiently explained. We understand that such reasoning applies to other products such as “preferentes”, “subordinadas” and similar financial products.

The Supreme Court admitted the appeal (casación) and procedural infringements (infracción procesal) ruling that is constant jurisprudence of the Civil Chamber that the legislation MiFD (European Markets in Financial Instruments) provides that, in the marketing of complex products by financial institutions to non-professional investors, there is an asymmetric information imposing on such entities the duty to "provide customers with a comprehensive and adequate information about the product characteristics and specific risks that may be taken into account at the time of hiring them (Judgments 588/2015 of 10 December and 671/2015 of 10 December). ". For the Highest Court the transposition of the Directive to the rules of the market was "an outstanding importance to the proper understanding by the customer of the risks assumed when hiring investment products and services and requires that the market operating companies to observe very high information standards to offer to potential or actual customers.".