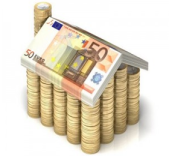 We have been informed these days that the Constitutional Court has annulled several articles of the Guipúzcoa foral law in relation to the Increase of the Value of Urban Land (Municipal Plusvalue Tax) assuming that it is against the principle of economic taxation capacity when the sale of the property has been made with losses (ie if it was sold at a lower value than the value for which it was acquired). It should be noted that the ruling refers to the foral (regional) rules but does not enter into the unconstitutionality of the Local Entities Taxation Law (LRHL), although the articles of the law are identical to that of the LRHL (articles 104 and 107). This would force the legislative power to modify the law to match it to the Constitution, because if the articles of the law are unconstitutional, logically should be the LRHL.

In another blog ("PLUSVALUE TAX - THE DEEDS OF PURCHASE AND THE DEED OF SALE CAN PROVE THE DEPRECIATION OF THE PROPERTY") we said: "It is important to note that the increase in the value of the land is objectively fixed because this fact has been questioned by the contentious justice -administrative, in this case the High Court of Justice of the Valencian Community. That is, if the increase in the value of the land has not actually occurred, there is no taxable event. The problem in these cases is to prove that such an increase has not occurred." Now the TC that has picked up this position, contradicting that of the State Attorney that considered that the increase should be based on the cadastral value (objectively calculated by the City Halls and always increasing, based on the improvements made in the area of ​​the Property by municipalities) and not in the real value.

In cases of losses, the first case to claim the tax is the submission of a letter requesting rectification and return of improper income to the Town Hall (stating, if applicable, the amount paid). At this time the administrative way is opened and the municipal authority must answer in one way or another (probably refusing the return). Then, once the administrative route is finished, the contentious-administrative route is opened with more guarantees to be properly heard.

Of course, before acting before the contentious-administrative Courts, it is advisable to consider whether it is worth doing it, taking into account the possibilities that we have and the expenses that must be incurred. In any case, it is understood that we have to pay and then claim the return (this is how the administrative procedure works).

As for the contentious-administrative procedure, the deadline to sue it is two months from the final decision in administrative proceedings. As we said in previous blogs, there are more and more sentences that annul the tax settlements (plusvalue tax included) even if a second instance (appeal) has to be reached. It is likely that as a consequence of the ruling of the TC will generate a large number of requests for refunding.

Recall that it is the citizen who has the burden of proof to prove that there has been a depreciation. In this sense, the jurisprudence of the High Courts of Justice (as in the case of the Valencian Community) have already been acknowledging that the Deeds are sufficient evidence of depreciation. Hence, this is an important advantage in this regard. The ruling of the TC does not refer to the retroactivity of its effects but the logical thing would be to think that it will be applicable when the liquidations practiced are not firm because they have been appealed at the time or if it is a question of self-assessments that has not prescribed the possibility of urging Rectification for more than four years from the end of the deadline for submission. Those who have paid municipal capital gains in the last four years could ask for refunding the tax if the conditions are fulfilled.

See what happens in the near future.